I finally finished my experiment with these Queen Anne style dolls. I used a pattern by Barbara Schoenoff. I don't usually use someone else's patterns but sometimes I do for learning new techniques since I am a self-taught dollmaker. These will be for my own collection.

The dolls had joints that were "ball-jointed" with round wooden beads and I had never done any like that before. It was rather time consuming and I am not sure whether I would do it again since it didn't add a lot of extra movement and the joints are covered up with clothing anyway but it was fun to learn. I did love doing the costuming for these dolls using lots of my vintage pieces. I dressed them as country cousin/city cousin. One has an elegant attire with heavily embroidered silks and fancy underclothes, velvet purse etc.. Her country cousin wears her best dress which is a little threadbare and coarse linen pantaloons with an old eyelet underskirt. She has a vintage bunch of posies tucked into her waistband. Even though one cousin has much finery, there is no jealousy between them. She is called "Kate". I call her "Miss Hospitality" because she wears her little pineapple choker. Pineapples have long been a symbol for hospitality.
Posted by Maminka Girl - Loribeth Robare at 7:31 PM 1 comment:

Ladies who Lunch and Swap (plants)

My good friend Sharyn, who is a wonderful cook and talented potter, hosts an annual plant swap and potluck lunch each year and this is a sampling of what we had. I must say I hang with a talented crowd.. they can cook. We never want for food at any of our gatherings! My own offering of cheese sticks (from Barefoot Contessa in Paris cookbook). This was a delicious crab dip that was so creamy and rich. I must get the recipe. These were the most yummy cupcakes made by Rita. They were featured on "Martha" and are from the famous Sprinkles cafe in NYC. That scrumptious quiche was made by
Sharlene. This gorgeous cheesecake was created by Carol with perfect raspberries from her friend Mary. Lemonade Layer Cake by Sharyn was dense and moist and memorable. Probably my personal favorite if I had to pick. Sharlene brought the lemon chiffon cake from the Taste of Home lemon issue . She didn't think it turned out great but I beg to differ! Of course you've got to have chocolate! 
And this is what we came for.... our plant offerings. I came away with some great heirloom tomatoes grown from seed by the talented Leslie. A lovely quince bush that I can't wait to get going and other assorted goodies. Now I wonder why there is only one photo of the plants and so many of the food??!! Next year we should probably focus more on the plants but I doubt that will happen. I am so lucky to have such lovely and talented friends. Now I must do my workout!

I can't believe it's been so long since I've posted. I have been so busy getting a cooperative gallery ready to open here in my hometown. It is finally open sort of unofficially. We will have a grand opening celebration soon. It has been a unique experience working with so many different artists. It is a talented group. We had to renovate an old building to get it ready to accept our artwork...which meant having to agree on a lot of artistic decisions. A challenge! But we are all still friends and the place looks great! Here are some of the cards that I have made in addition to my dolls which will be exhibited in the gallery. Cards are much easier to sell. They are a lot of fun to make. We had a few requests for some cards that would be good for guys... these are probably still too feminine but whatever. I guess I have a hard time de-girlying things. Not much of a post after so long a break but will be back soon! 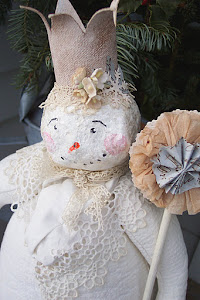 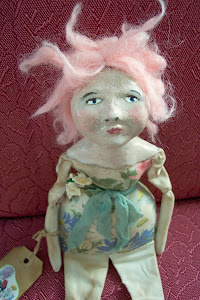 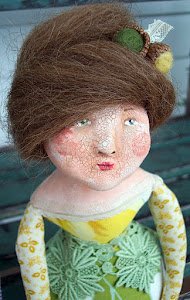 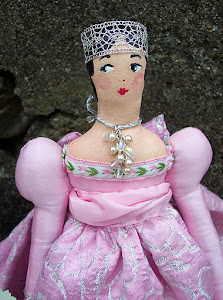 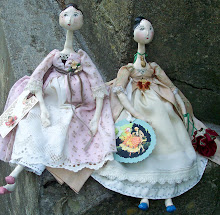 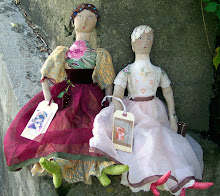